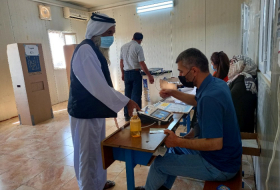 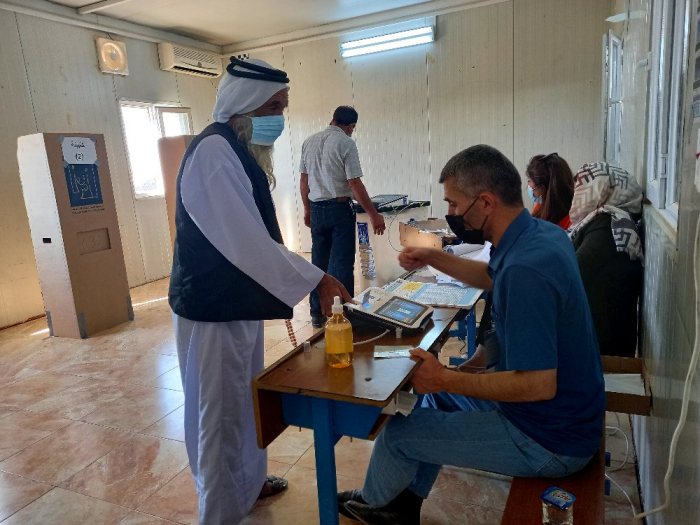 At a polling station in the Sharia camp in the Dahuk region, which was the only polling center intended for media coverage, at least 500 Yazidi voters were unable to vote during the voting because their names were not included in the voter list.
The polling stations opened at 8 o'clock, but when Yazidi voters came to the polling stations, they were told that their names were not on the voting lists.
Elias Kasem, a resident of Sinjar, but currently living in the Sharia camp, said: "I had a biometric voter card, I went to the polling station in the Sharia camp, they told me that my name was not on the lists, I was sent to another polling station in the same camp, but my name was not among the voters there either. Then I was sent to Sinjar, saying that my data was on the list of voters of the Sinjar precinct. So, I was sent from one polling station to another, a similar situation was with many Yezidis. Our votes were burned in the 2018 elections, and now we are deprived of the opportunity to choose our Yazidi candidates," Elias Kassem told local media.
At least 500 Yazidi IDPs faced a similar problem in the Sharia camp, and IDPs in 31 more polling stations inside and outside the Dahuk camps.
According to subsequent data from Kirkuknow, out of a total of 450,000 displaced voters, more than half were unable to participate in the last elections held in May 2018 due to a number of obstacles, including the lack of official documents, pressure exerted by some parties, fraud by Kurdish and Arab parties, etc.
Also, according to the commission's decision, the fingerprint of those voters whose fingerprint recognition machine did not recognize was officially deprived of the right to vote, even if their names were on the voter list.
Chimin Khalil, director of the electoral center in the Sharia camp, told local media:
"In general, the electoral process went well and without violations. We are not responsible for the fact that the names of some voters were not at the polling station, displaced persons had to check with the commission in advance to check everything. The votes of these displaced Yezidis were not lost, they could vote in Sinjar. Only 15-20 displaced persons were deprived of the right to vote, as the services were unable to take fingerprints."
According to the statistics of election observers, the percentage of displaced persons who took part in voting an hour before the closing of polling stations reached 60 percent.
Jalal Helu Hanto, one of the observers from the Kurdistan Democratic Party in the camp, said: "The inability of 500 displaced people to vote represents a great loss for the Yazidi parties, because their votes were for the Yazidi parties."