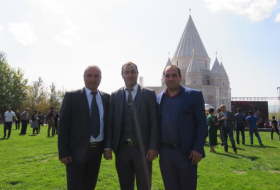 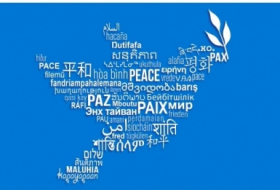 Linguistic and ethnic identity of the Yazidis
12:30 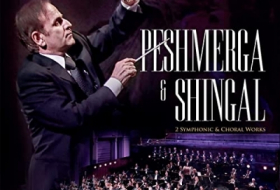 Pain through the Notes – «Symphony about Shangal»
12:30 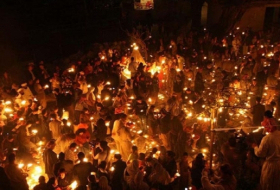 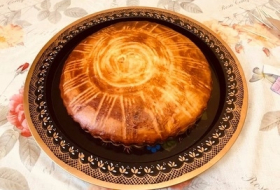 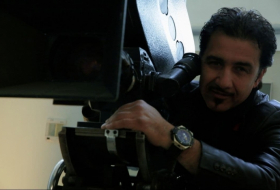 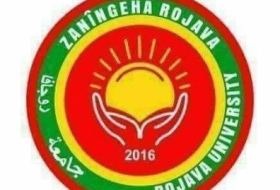 The inclusion of the Yazidi religion department for the first time in the world to the university
12:30 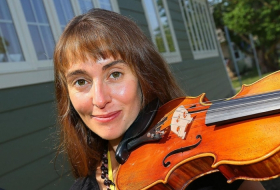 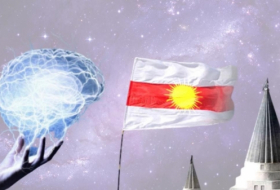 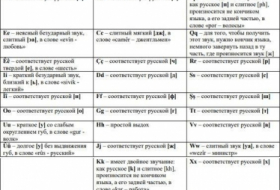 The Latin alphabet will allow Yazidis to better integrate, while maintaining their identity, in the era of globalization
12:30 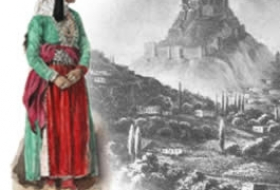 The right of the Yazidi community to develop and enjoy its culture
11:00 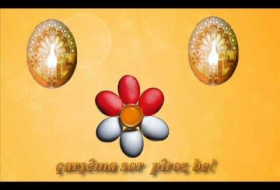 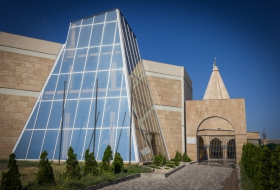 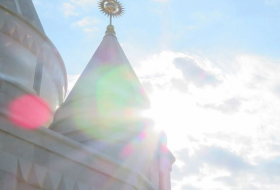 What does it mean for the Yazidi Ziarat (shrine)
14:00 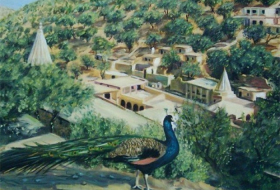 Ezdiki - the language of the Yezidis? Yilmaz Algin, columnist for the German edition of ezîdîpress
15:30 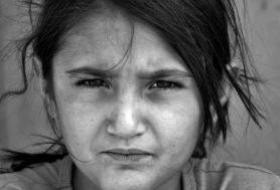 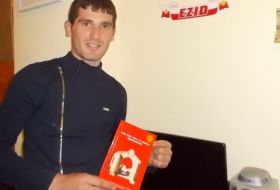 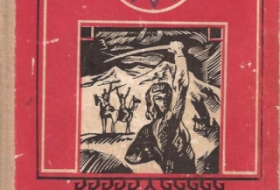 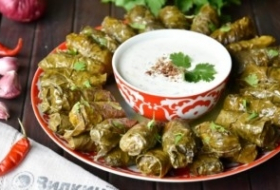 Yazidi kitchen: its uniqueness and relationship to the Yazidi tradition
11:00 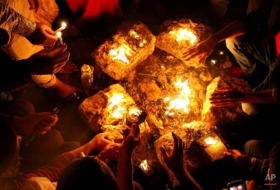 Some Yazidi national holidays and ceremonies
17:30 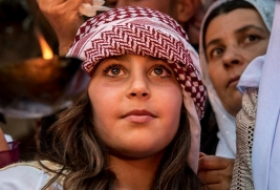 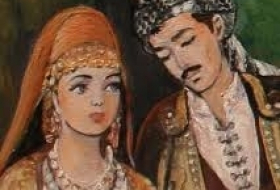 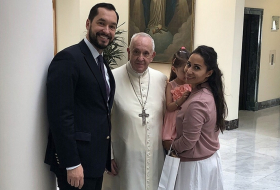 A representative of the Yezidi people will organize a visit of the Pope to Russia
13:05 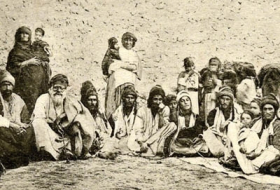 In the Eyes of the Beholder: Defensive Religious Syncretism and Communal Identities in Jabal Sinjar, Kurdistan, 1840 -1918 By David Pelfrey

In the Eyes of the Beholder: Defensive Religious Syncretism and Communal Identities in Jabal Sinjar, Kurdistan, 1840 -1918 By David Pelfrey 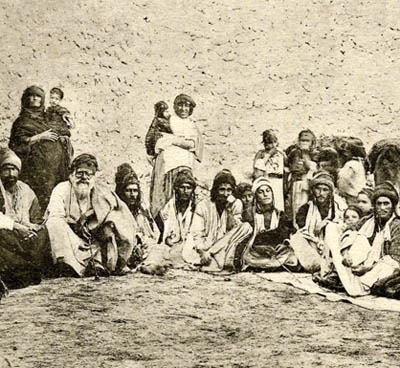 Almost every recent study of the Yazidi makes frequent observation of the timeless nature of Yazidism as a religion.   Just as frequently in the scholarship one finds the noun syncretism applied to the timeless Yazidi religion.  Scholars in fact show a tendency to rush through the repetition of description of Yazidism as both timeless yet syncretic without realizing that a contradiction in terms is acutely evident.  How is it that a timeless religion, i.e., one that is unchanging with respect to beliefs and practices, is also syncretic in character, i.e., borrowing and sloughing-off essential elements?   What follows is a brief discussion of this apparent historical contradiction.  It is argued that while Yazidism may contain so-called timeless elements, the religious and communal identity of the Yazidi is quite flexible and extremely dynamic in its use of religious syncretism as it adjusts to both internal and external pressures that threaten core beliefs and relationships.  It is in fact Yazidism’s facility to harness syncretism and employ or, perhaps better, deploy, the result to the Yazidi community’s advantage that may explain this culture’s survival against apparently insurmountable odds.

Space allows but a brief charting of three interrelated examples demonstrating aspects of Yazidism’s flexible and syncretic character between 1840 and 1918.    The first example is drawn from nineteenth-century Yazidi social history.  During the reign of Sultan Abdul Hamid II (1876-1909) the Yazidi transformed the lowest of their social classes, the fakirs, into a tribal unit of considerable political and economic power based in the Jabal Sinjar, a strategic elevation located in modern northern Iraq.  The transformation of the Yazidi fakir class into the Faquara tribe, complete with its own Sheikh, the charismatic Hamu Shimu, represents a defensive syncretic response appropriated by the Yazidi and modeled on the religious social structure of the Muslim Sufi orders.  This essentially Muslim communal form became fused with a Yazidi lineage hierarchy of families newly transplanted to the Jabal Sinjar as a result of Ottoman anti-Yazidi pogroms in the 1890s.   The second example is actually a brief survey of the effects and reflections of European Christian missionary activity in the Kurdish and Syriac-speaking regions proximate to Yazidi communities during the reign of Abdulhamid.  A major and frequently overlooked development of this missionary activity was the complete overhaul of Syriac language liturgical materials as printing presses were imported into Kurdistan during the late Ottoman period.  As the missionary’s updated Syriac Christian materials and re-established priestly hierarchies based on maintaining literacy and education amongst both religious and laity alike, the relationships between Syriac Christian communities and neighboring Yazidi enclaves began a mutual process of redefinition.  Syriac Christian communities and their hierarchies began to network expressions of their communal power differently, working not only under the umbrella of the Ottoman Caliphate, but also playing off this traditional Muslim hierarchy when necessary against foreign Christian hierarchies, be they Catholic, Russian Orthodox, or Anglican.  Yazidism learned to ride the coat tails, so to speak, of the blossoming missionary networks without over identifying with the foreign Christian powers.  The third example is a direct outgrowth of the first and second: the creation of Yazidi manuscripts, the famous Book of Revelation and the Black Book, during the reign of Abdulhamid.  These works recording elements of the Yazidi religious tradition are clearly defensive and syncretic in nature.  They were not written to be read by the Yazidi priestly elites to the Yazidi laity.

The manuscripts were written in order to present Yazidism on an intellectual plane and through an intellectual medium in some sense co-equal with modes of discourse long familiar to the other more powerful People of the Book who possessed clear rights and protections under Islamic law.

The Varieties of Syncretic Experience

It should be noted   at this point that the discussion of religious syncretism as applied to the Yazidi is in need of some refinement.  Throughout the historiography, and we should note, throughout the historical archaeology of Yazidism, syncretism is used as a descriptive term in the general sense of a religious group, usually described as native or local borrowing other religious ideas and practices from the so-called higher religions of the region: Zoroastrian, Judaic, Sabaean, Mandaean, Manichaean, Christian, & Islamic, to name only some of the major influences.  It is rare or nonexistent within the present scholarship to find a detailed discussion of how or why such syncretism is present within Yazidism or whether there are is in fact more than simply a single class of syncretism in operation.  This paper will argue that that there are at least two general classes of syncretism in operation within Yazidism.  These classes of syncretism may be classified as two historically distinct types: the first being the long-term religious syncretism of core beliefs and practices. This is the kind of syncretism about which one customarily reads in both the scholarly literature as well as the primary sources where the Yazidi are usually described or recorded by outsiders.  The second general class of syncretism, and the class of syncretism that concerns this paper, is short-term, episodic, and brought about frequently by forces and events external to the Yazidi community.  This second class of short-term syncretism is inherently defensive in nature.  Defensive religious syncretism utilizes the borrowing of non-Yazidi religious elements from outside the community.  Usually this borrowing is from a more powerful or numerous religious groups, i.e., European Christians or Arab and Kurdish Muslims, and aims to render Yazidi communities more secure by providing mechanisms, technologies, and institutions superficially analogous with potentially hostile neighboring groups.